The Raspberry Pi default operating system Raspian has seen signifcant updates since we last looked at getting IPython notebooks and our neural networks to work on the Raspberry Pi Zero ... for example:

In this section we will aim to get IPython set up on a Raspberry Pi.

There are several good reasons for doing this:


I will use a Raspberry Pi Zero because it is even cheaper and smaller than the normal Raspberry Pis, and the challenge to get a neural network running is even more worthy! It costs about £4 UK pounds, or $5 US dollars. That wasn’t a typo! 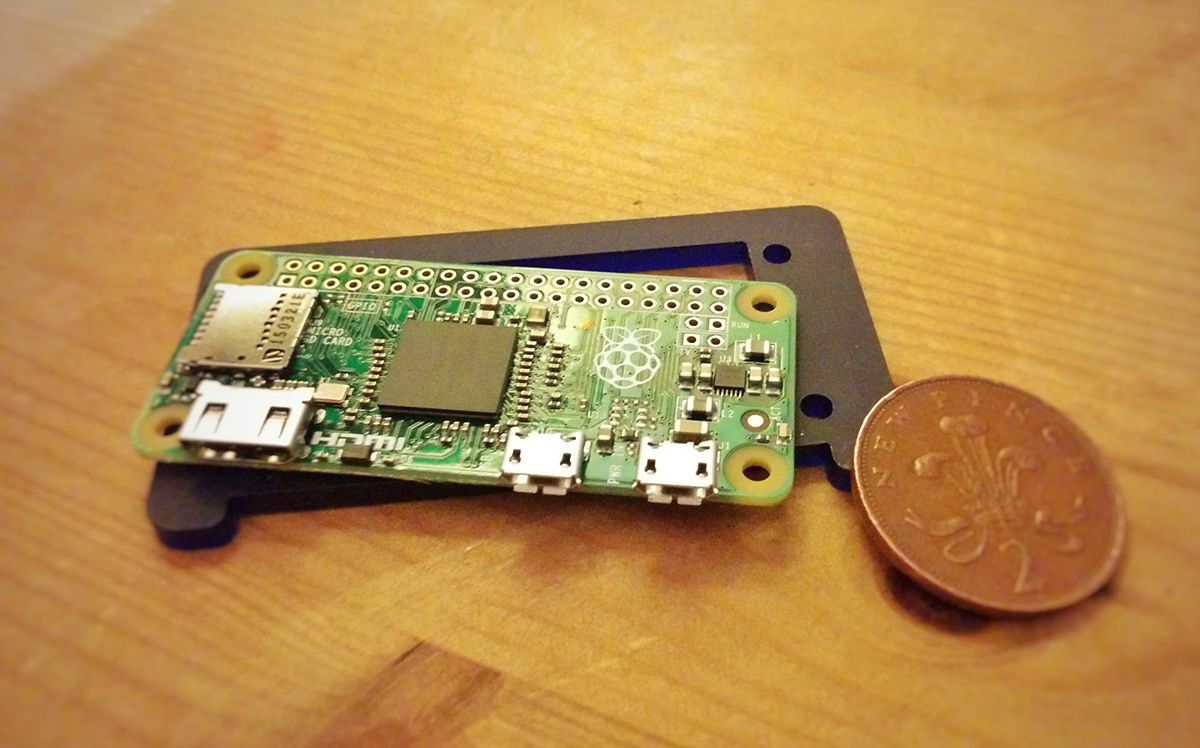 We’ll assume you have a Raspberry Pi powered up and a keyboard, mouse, display and access to the internet working.

There are several options for an operating system, but we’ll stick with the most popular which is the officially supported Raspian, a version of the popular Debian Linux distribution designed to work well with Raspberry Pis. Your Raspberry Pi probably came with it already installed. If not install it using the instructions at that link. You can even buy an SD memory card with it already installed, if you’re not confident about installing operating systems.

This is the desktop you should see when you start up your Raspberry Pi. I’ve removed the desktop background image as it’s a little distracting. 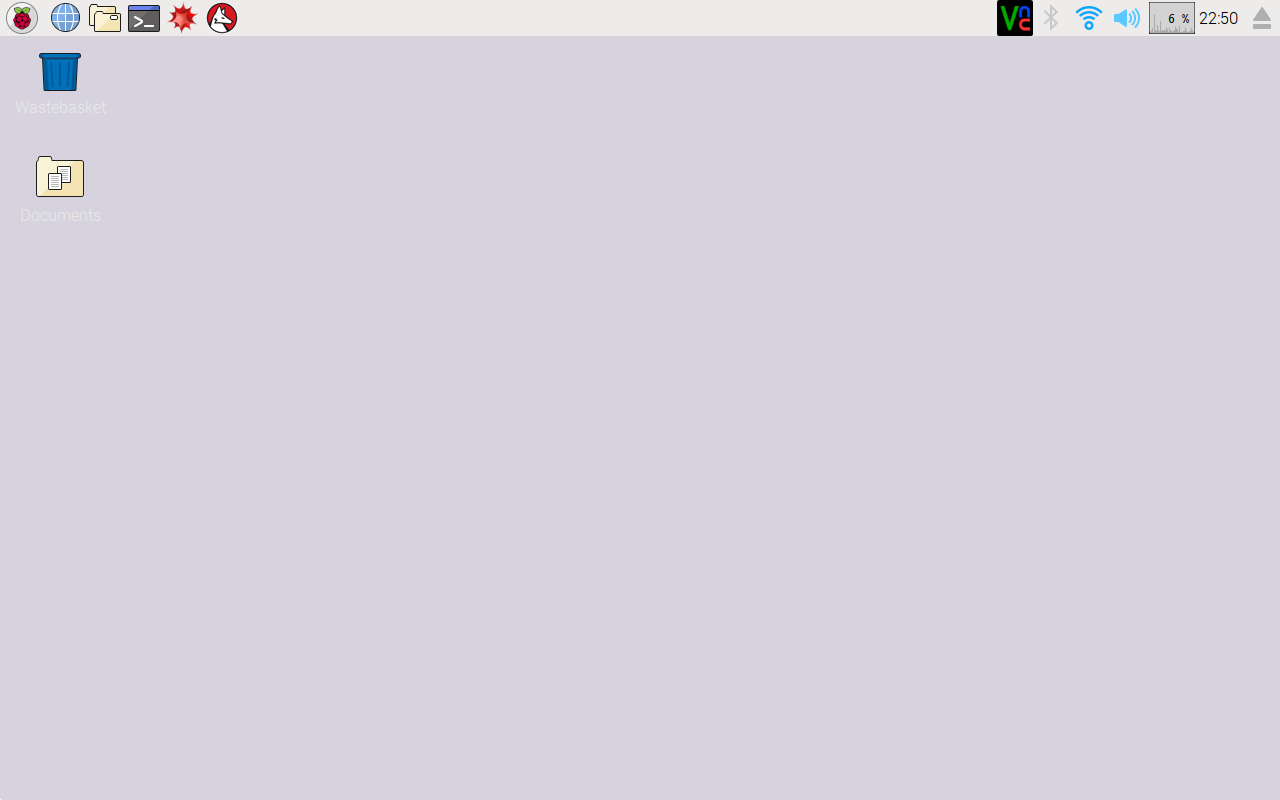 You can see the menu button clearly at the top left, and some shortcuts along the top too.

We’re going to install IPython so we can work with the more friendly notebooks through a web browser, and not have to worry about source code files and command lines.

To get IPython we do need to work with the command line, but we only need to do this once, and the recipe is really simple and easy.

Open the Terminal application, which is the icon shortcut at the top which looks like a black monitor. If you hover over it, it’ll tell you it is the Terminal. When you run it, you’ll be presented with a black box, into which you type commands, looking like the this. 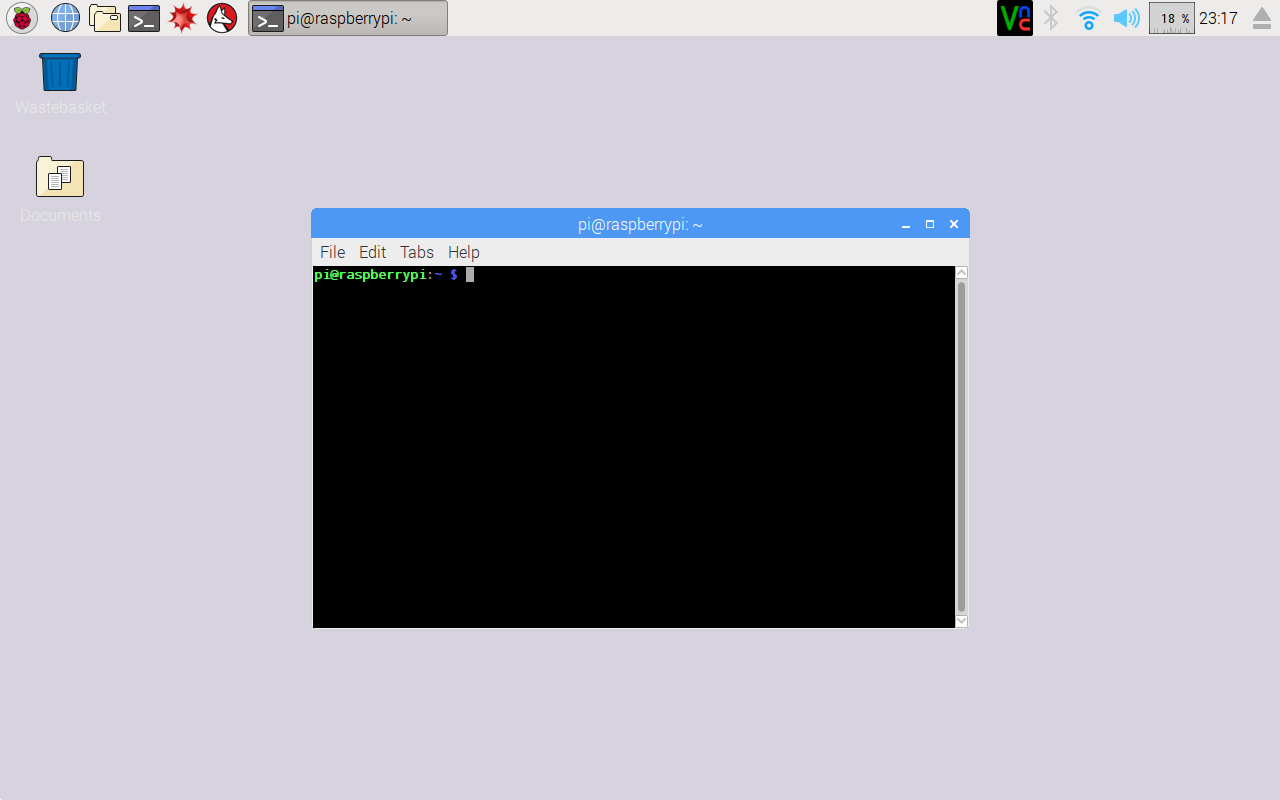 Your Raspberry Pi is very good because it won’t allow normal users to issue commands that make deep changes. You have to assume special privileges. Type the following into the terminal:

You should see the prompt end in with a ‘#’ hash character. It was previously a ‘$’ dollar sign. That shows you now have special privileges and you should be a little careful what you type.

The following commands refresh your Raspberry’s list of current software, and then update the ones you’ve got installed, pulling in any additional software if it’s needed.

Unless you already refreshed your software recently, there will likely be software that needs to be updated. You’ll see quite a lot of text fly by. You can safely ignore it. You may be prompted to confirm the update by pressing “y”.

Now that our Raspberry is all fresh and up to date, issue the command to get IPython. Note that, at the time of writing, the Raspian software packages don’t contain a sufficiently recent version of IPython to work with the notebooks we created earlier and put on github for anyone to view and download. If they did, we would simply issue a simple “apt-get install ipython3 ipython3-notebook” or something like that.

If you don’t want to run those notebooks from github, you can happily use the slightly older IPython and notebook versions that come from Raspberry Pi’s software repository.

If we do want to run more recent IPython and notebook software, we need to use some “pip” commands in additional to the “apt-get” to get more recent software from the Python Package Index. The difference is that the software is managed by Python (pip), not by your operating system’s software manager (apt). The following commands should get everything you need.

After a bit of text flying by, the job will be done. The speed will depend on your particular Raspberry Pi model, and your internet connection. The following shows my screen when I did this. 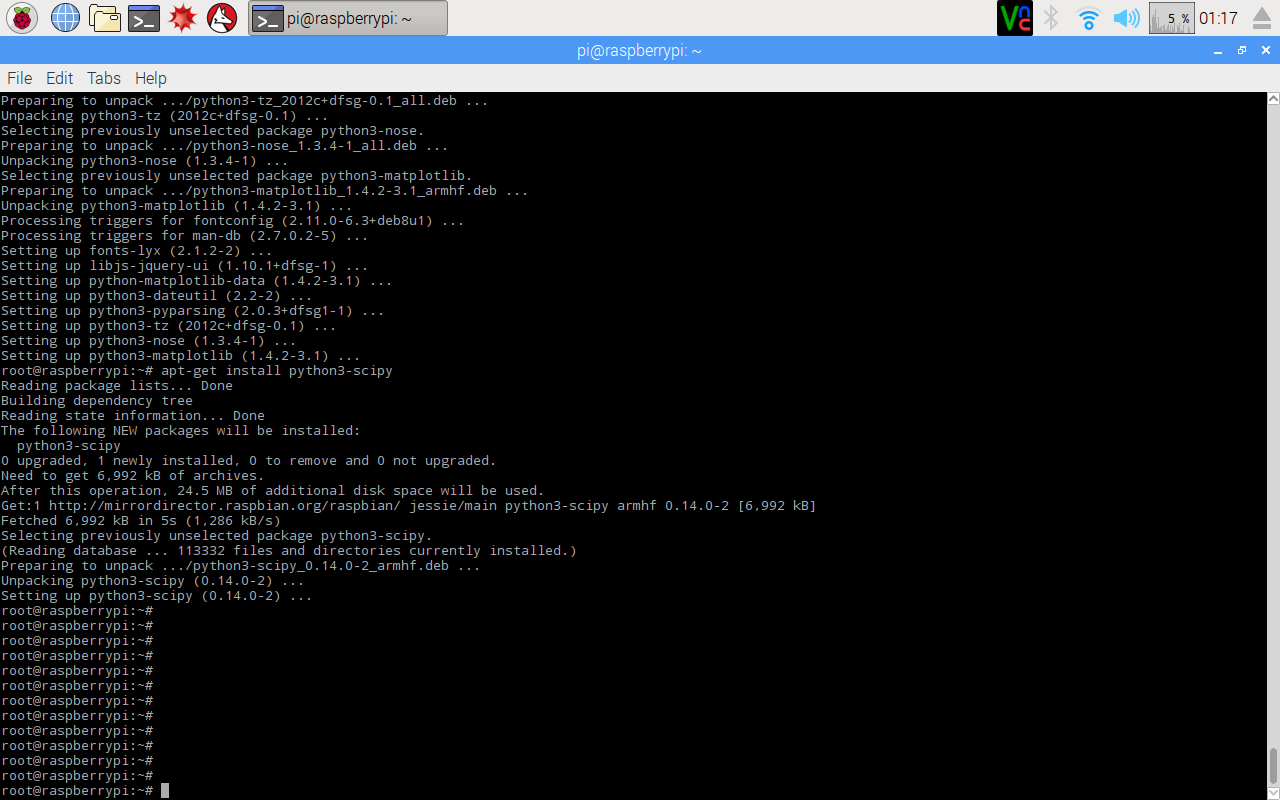 The Raspberry Pi normally uses an memory card, called an SD card, just like the ones you might use in your digital camera. They don’t have as much space as a normal computer. Issue the following command to clean up the software packages that were downloaded in order to update your Raspberry Pi.

Recent versions of Raspian replaced the Epiphany web browser with Chromium (an open source version of the popular Chrome browser). Epiphany is much lighter than the heavier Chromium and works better with the tiny Raspberry Pi Zero. To set it as the default browser to be used later for the IPython notebooks issue the following command:

This will tell you what what the current default browser is, and asks you to set a new one if you want to. Select the number associated with Epiphany, and you’re done. 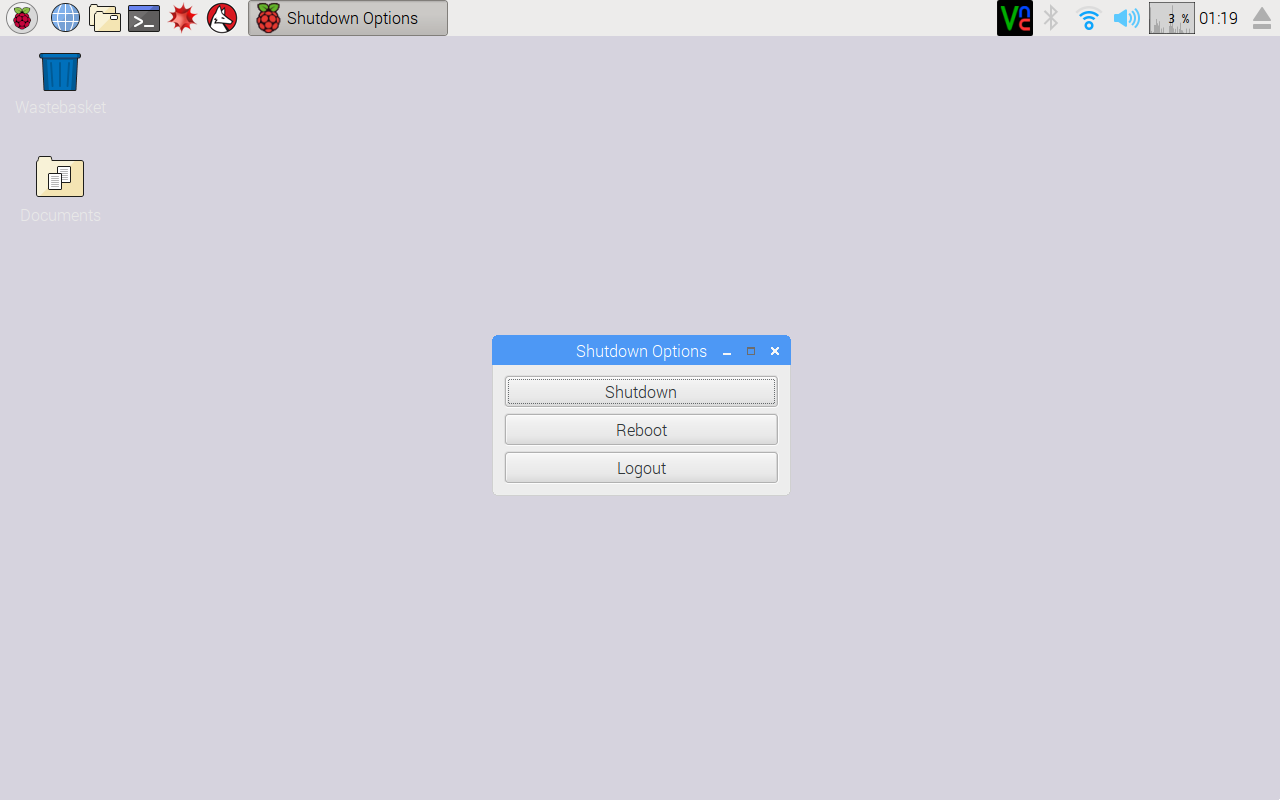 After your Raspberry Pi has started up again, start IPython by issuing the following command from the Terminal:

This will automatically launch a web browser with the usual IPython main page, from where you can create new IPython notebooks. Jupyter is the new software for running notebooks. Previously you would have used the “ipython3 notebook” command, which will continue to work for a transition period. The following shows the main IPython starting page. 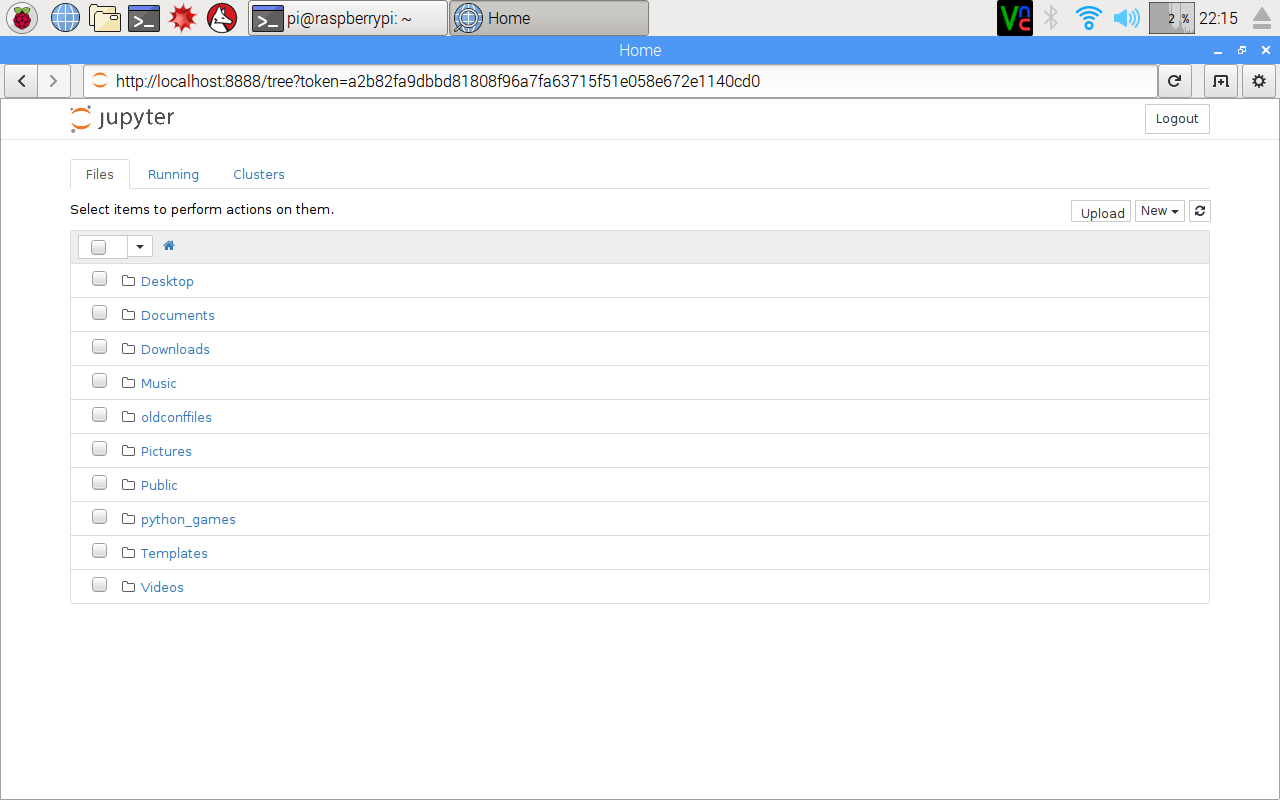 That’s great! So we’ve got IPython up and running on a Raspberry Pi.

You could proceed as normal and create your own IPython notebooks, but we’ll demonstrate that the code we developed in this guide does run. We’ll get the notebooks and also the MNIST dataset of handwritten numbers from github. In a new browser tab go to the link:

You’ll see the github project page, as shown next. Get the files by clicking “Download ZIP” after clicking “Clone or download” at the top right. 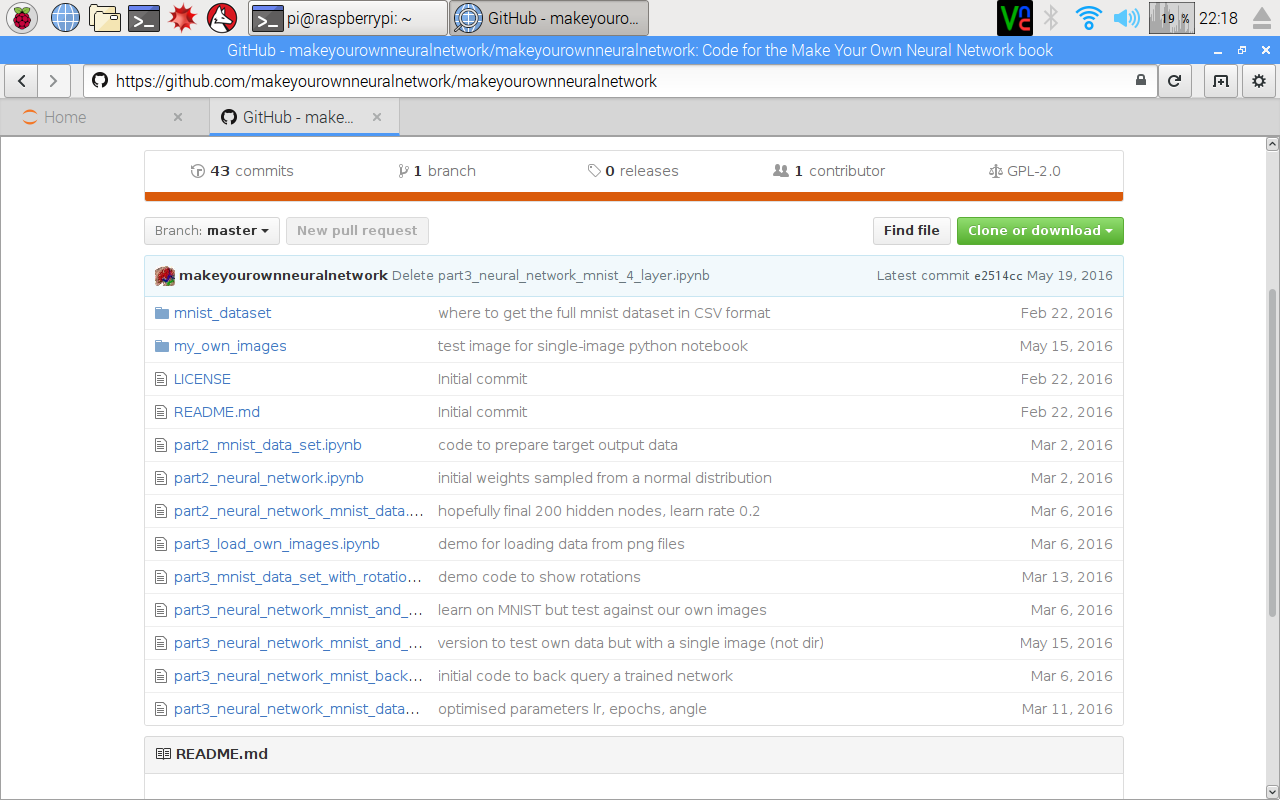 The browser will tell you when the download has finished. Open up a new Terminal and issue the following command to unpack the files, and then delete the zip package to clear space.

The files will be unpacked into a directory called makeyourownneuralnetwork-master. Feel free to rename it to a shorter name if you like, but it isn’t necessary.

The github site only contains the smaller versions of the MNIST data, because the site won’t allow very large files to be hosted there. To get the full set, issue the following commands in that same terminal to navigate to the mnist_dataset directory and then get the full training and test datasets in CSV format.

The downloading may take some time depending on your internet connection, and the specific model of your Raspberry Pi.

You’ve now got all the IPython notebooks and MNIST data you need. Close the terminal, but not the other one that launched IPython.

Go back to the web browser with the IPython starting page, and you’ll now see the new folder makeyourownneuralnetwork-master showing on the list. Click on it to go inside. You should be able to open any of the notebooks just as you would on any other computer. The following shows the notebooks in that folder. 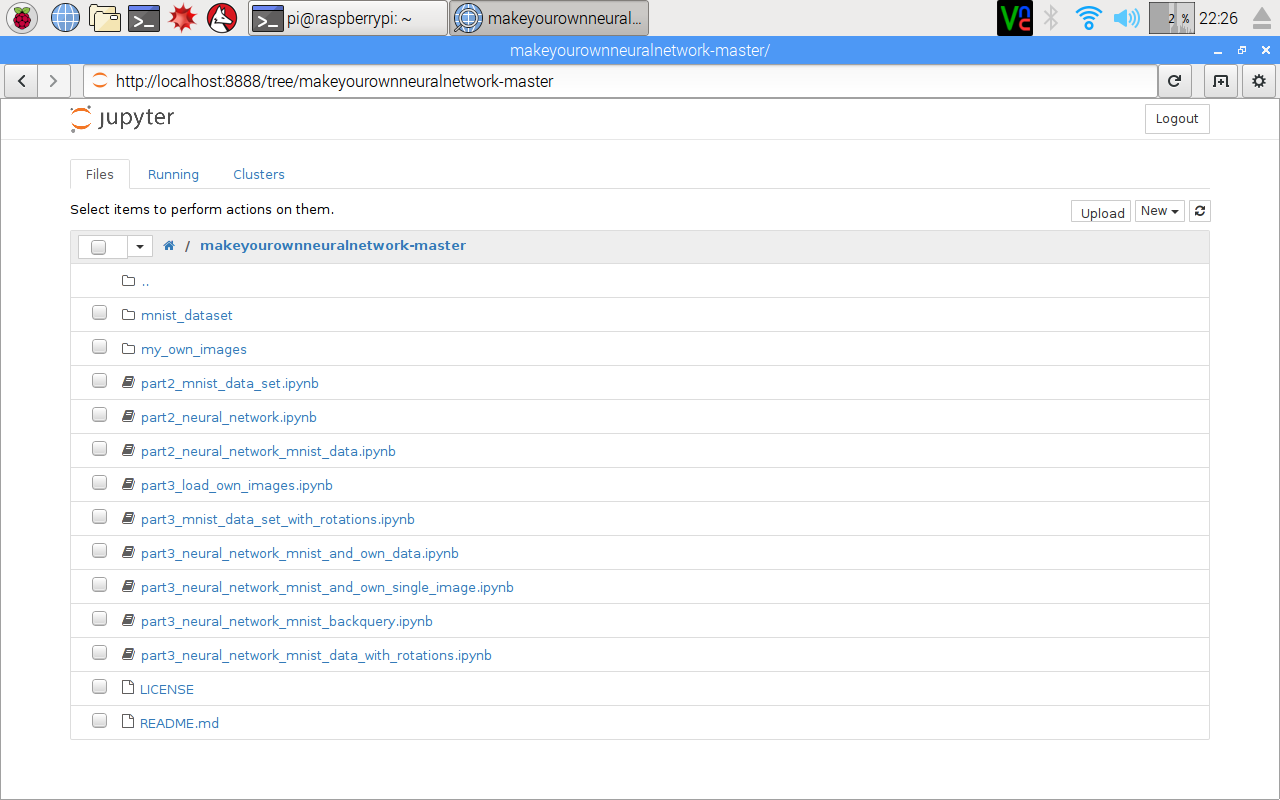 Before we train and test a neural network, let’s first check that the various bits, like reading files and displaying images, are working. Let’s open the notebook called “part3_mnist_data_set_with_rotations.ipynb” which does these tasks. You should see the notebook open and ready to run as follows. 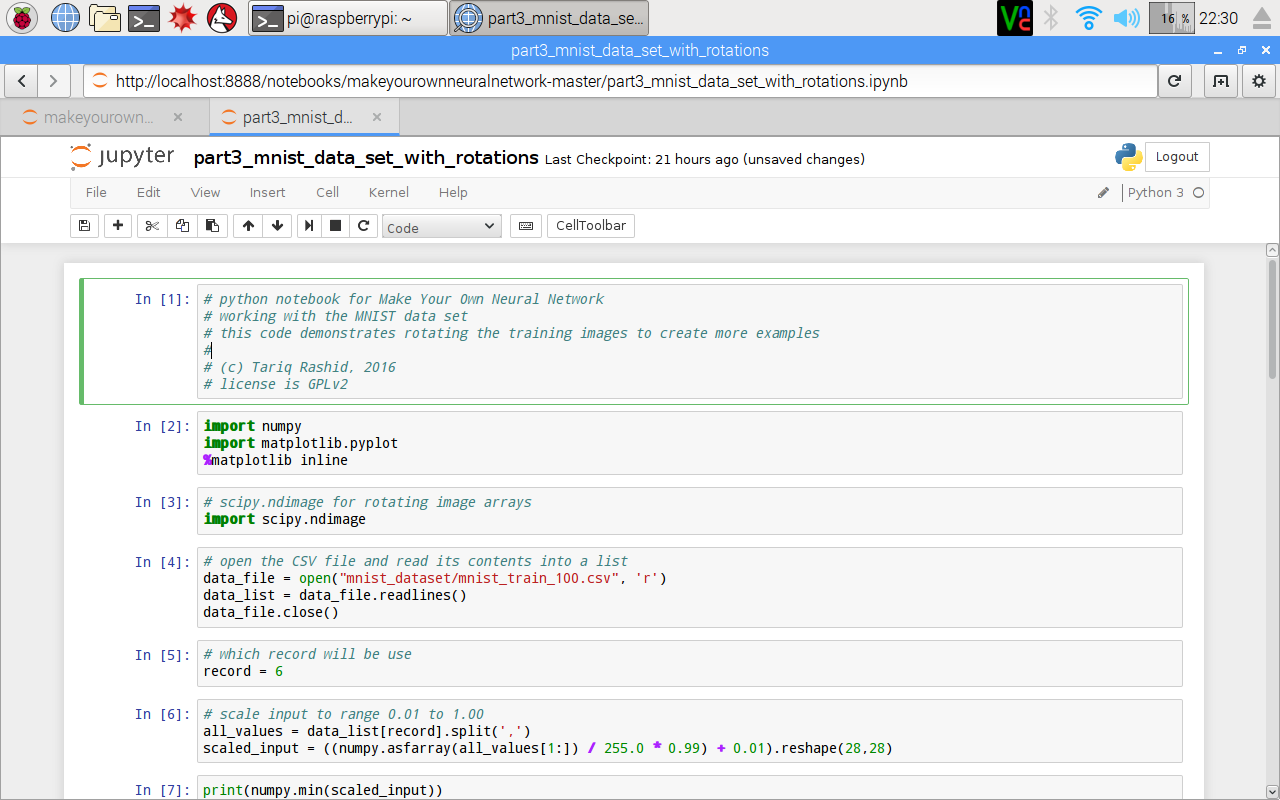 From the “Cell” menu select “Run All” to run all the instructions in the notebook. After a while, and it will take longer than a modern laptop, you should get some images of rotated numbers. 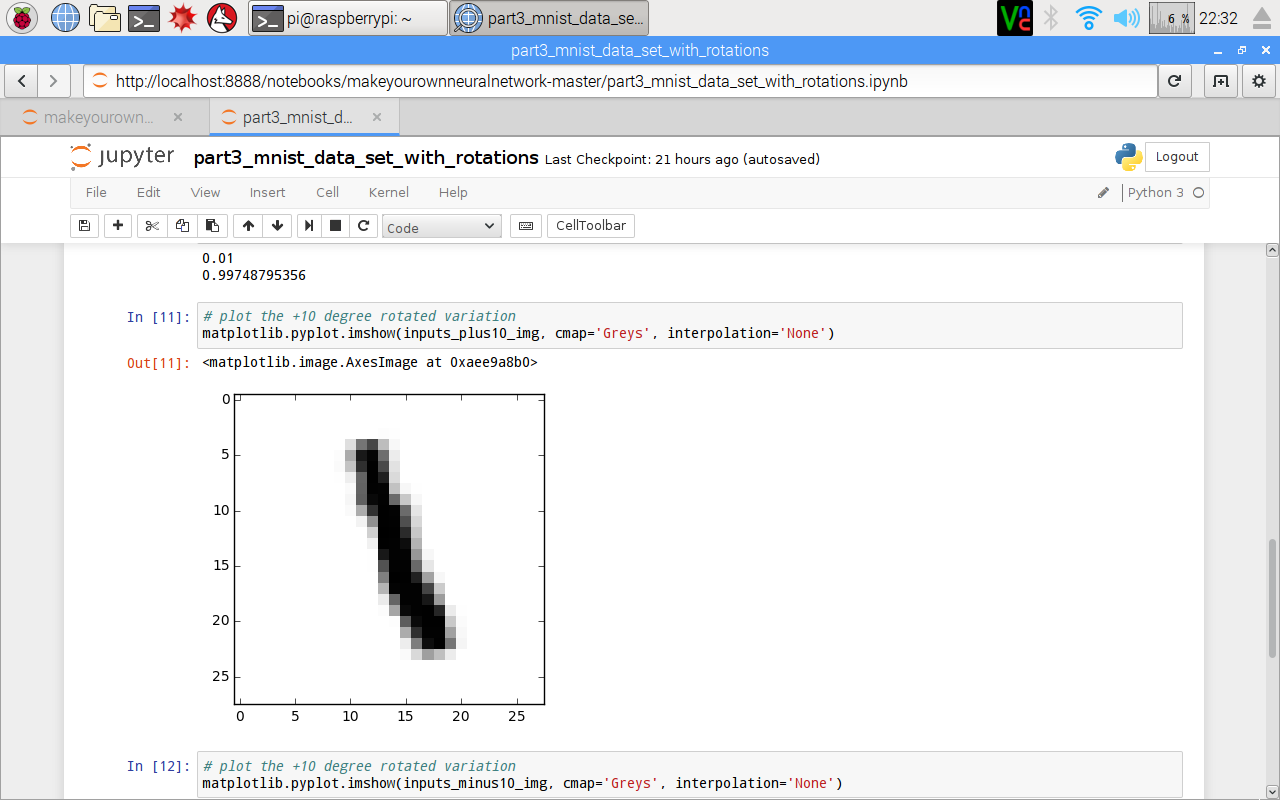 That shows several things worked, including loading the data from a file, importing the Python extension modules for working with arrays and images, and plotting graphics.

Let’s now “Close and Halt” that notebook from the File menu. You should close notebooks this way, rather than simply closing the browser tab.

Training And Testing A Neural Network

Now let’s try training a neural network. Open the notebook called “part2_neural_network_mnist_data”. That’s  the version of our program that is fairly basic and doesn’t do anything fancy like rotating images. Because our Raspberry Pi is much slower than a typical laptop, we’ll turn down some of parameters to reduce the amount of calculations needed, so that we can be sure the code works without wasting hours and finding that it doesn’t.

I’ve reduced the number of hidden nodes to 10, and the number of epochs to 1. I’ve still used the full MNIST training and test datasets, not the smaller subsets we created earlier. Set it running with “Run All” from the “Cell” menu. And then we wait ...

Normally this would take about one minute on my laptop, but this completed in about 25 minutes. That's not too slow at all, considering this Raspberry Pi Zero costs 400 times less than my laptop. I was expecting it to take all night. 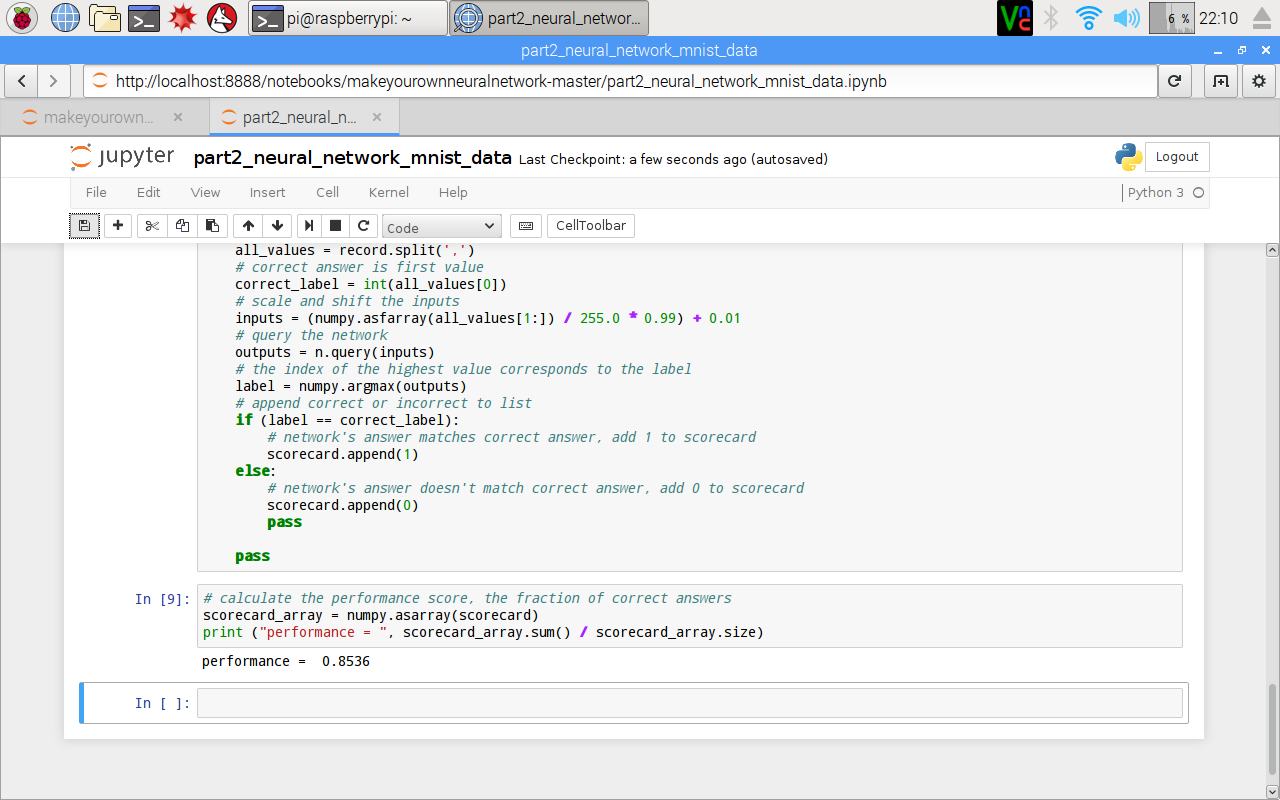 We’ve just proven that even with a £4 or $5 Raspberry Pi Zero, you can still work fully with IPython notebooks and create code to train and test neural networks - it just runs a little slower!
Posted by MYO NeuralNet at 15:41 No comments:

I've been lucky to have readers that tale the time to provide feedback, error fixes, and suggestions for things that could be made clearer.

I am really pleased that this happens - it means people are interested, that they care, and want to share their insights.

A few suggestions had built up over recent weeks - and I've updated the content. This is is a bigger update than normal.

Thanks go to Prof A Abu-Hanna,  "His Divine Shadow",  Andy, Joshua, Luther, ... and many others who provided valuable ideas and fixes for errors, including in the blog comments sections.

Some of the key updates worth mentioning are:

A few readers noticed that the example error used in the example to illustrate the weight update process is not realistic.

Why? How? Here is an example diagram used in the book - click to enlarge.

The output error from the first output layer node (top right) is shown as 1.5. Since the output of that node is the output from a sigmoid function it must be between 0 and 1 (and not including 0 or 1). The target values must also be within this range. That means the error .. the difference between actual and target values .. can't be as large as 1.5. The error can't be bigger than 0.99999... at the very worst. That's why $e_1 = 1.5$ is unrealistic.

The calculations illustrating how we do backpropagation are still ok. The error values were chosen at random ... but it would be better if we had chosen a more realistic error.

The examples in the book have been updated with a new output error as 0.8.

The book will be updated with these fixes as soon as the Appendix on how to run the neural networks and MNIST challenged on the Raspberry Pi Zero is updated too - the Raspian software has seen quite a few updates and probably doesn't need the workarounds described there.

Posted by MYO NeuralNet at 10:08 No comments: